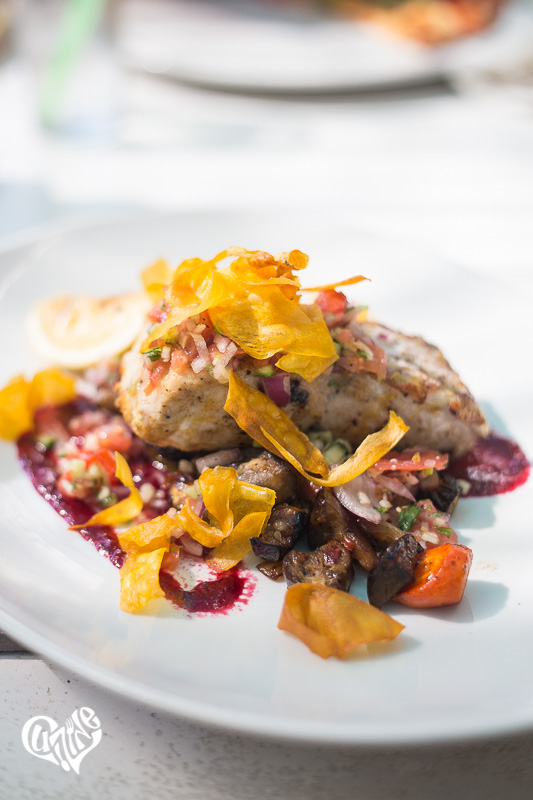 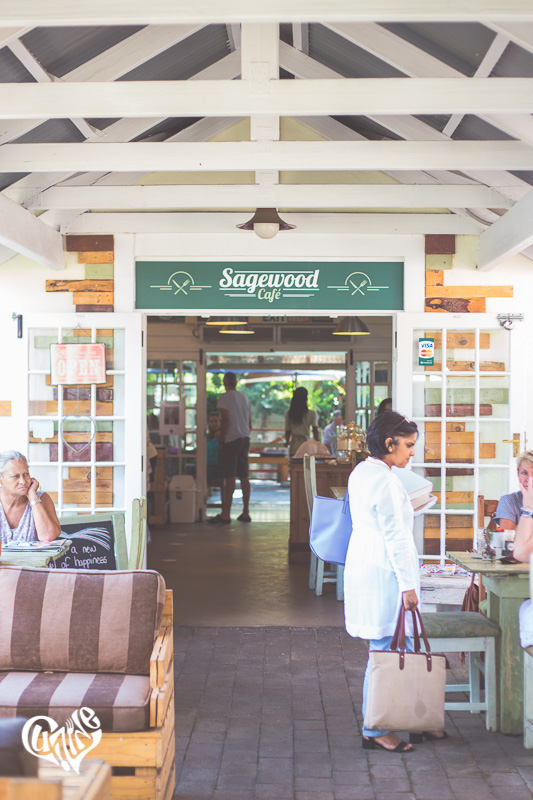 Something interesting has been happening in the food scene in KZN. It is a generally accepted and acknowledged fact that often the best restaurants in and around Durban, for instance, are usually parking lot-facing. But in the last while, little cafés have sprouted and taken root in plant nurseries, cafés with substantial culinary merit. Pietermaritzburg is no exception, and at Blackwoods nursery, Sagewood Café is reinforcing this trend. 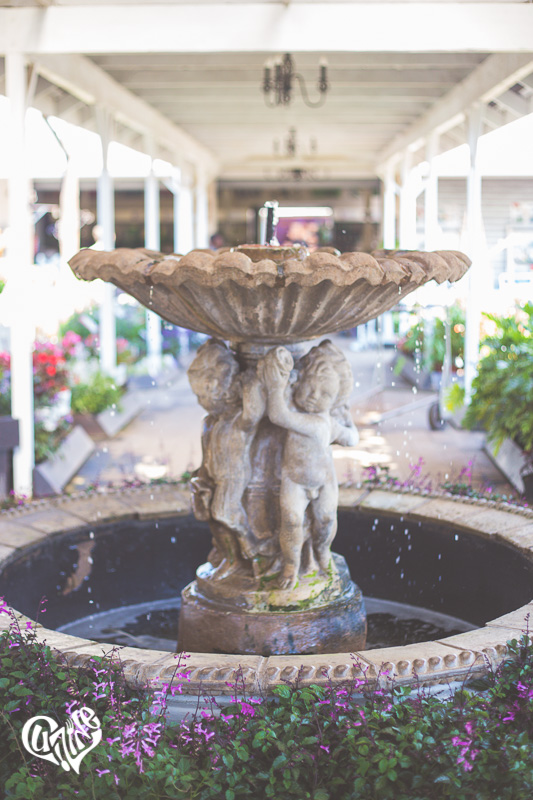 I guess there’s something about being surrounded by fresh flowers and herbs that will inspire any chef. And this is no different with Sagewood’s master baker and chef Gregg Oosthuizen. He teamed up with business partners, Con and Sue Malherbe, and launched Sagewood Café in May 2015.

Chef Gregg has been in the game for a while, both locally and internationally. Turns out that his experience includes working under the likes of Marco Pierre White and being a preferred caterer for our much revered Nobel Peace Prize laureate and former president, Nelson Mandela.

I had no idea about the credentials, I went there for the cake. I saw a photo on Facebook shared by a friend, and she recommended we darken their bright white doors for a Sunday lunch visit. They had me at smores cupcakes. 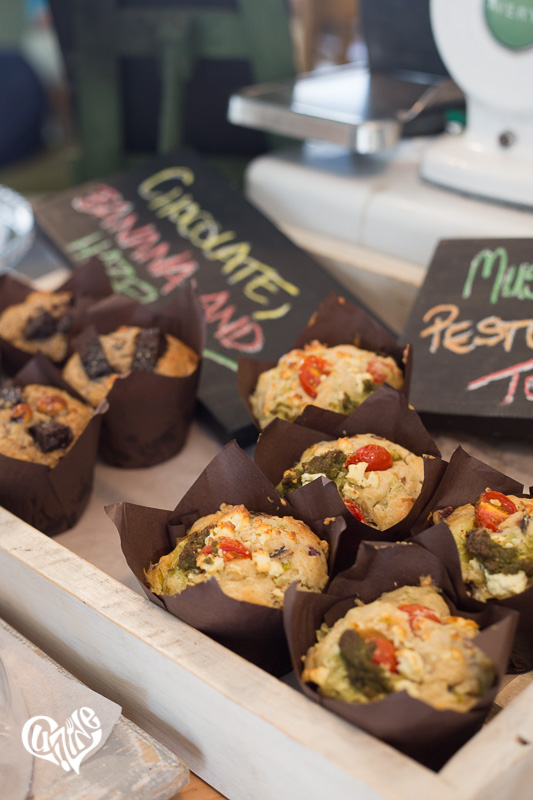 Our troop arrived and we ordered. I saw the artisan table being laid out, salads piled high, hot veg combinations, meats in different styles, I was dead keen on that. Everything on the menu boasts being freshly made, from local ingredients. And why wouldn’t it be – it’s just down the road from the Midlands, where the province’s best produce comes from, and the green leafy things were literally all around us, ready for the picking. Ideal for any kitchen or chef, really. 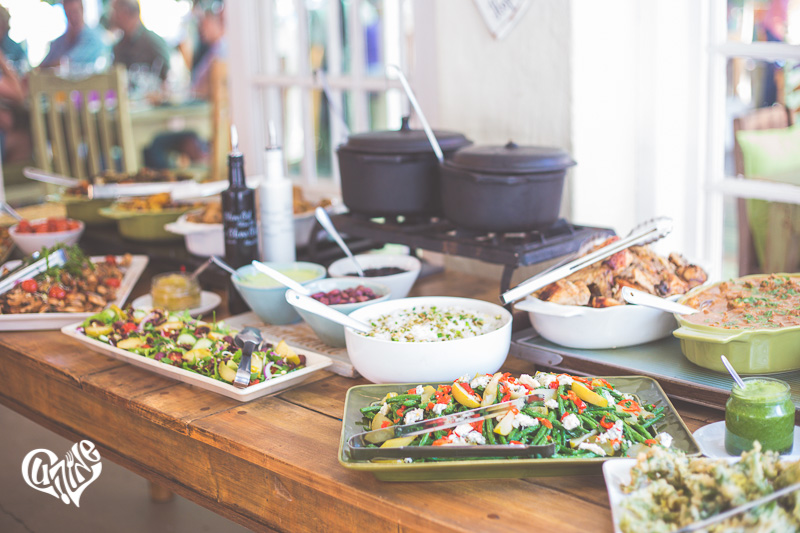 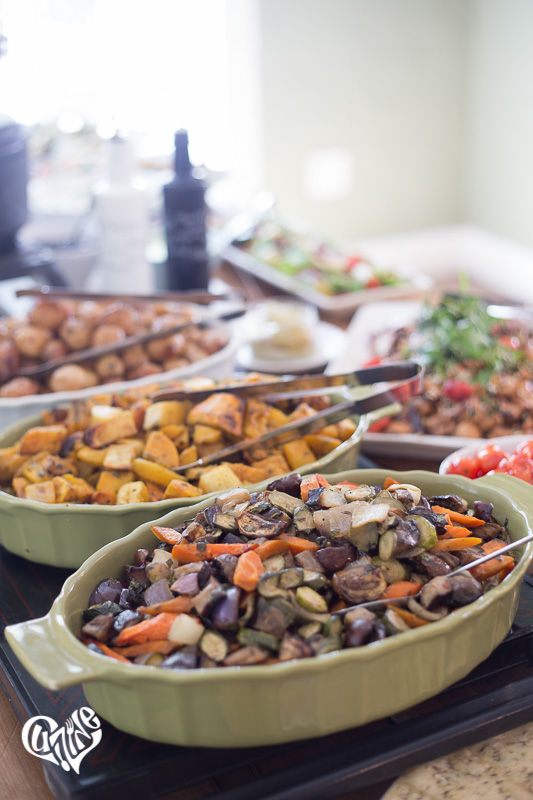 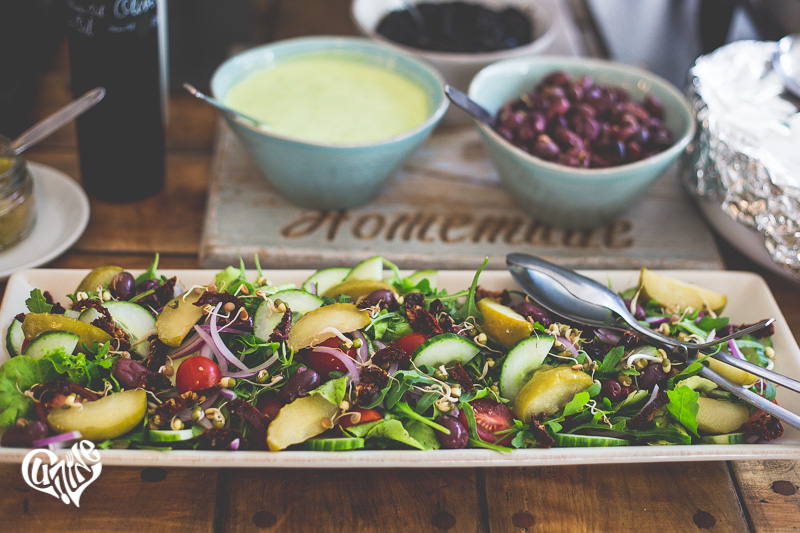 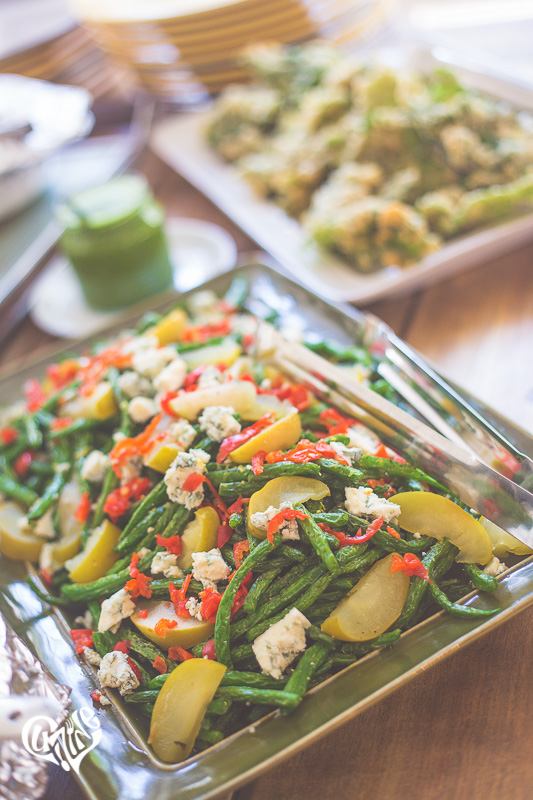 The smells from the wood-fired pizza corner were irresistible to most of us and pizzas were ordered. I had my heart set on that artisan table – and then I saw it, hidden at the bottom of the specials board, smudged, and nearly missed: fresh wahoo fillet.

The irony of driving an hour inland, away from the coast, only to see this prize game fish on the board, was not lost on me. I binned my table grazing idea and went for that.

Wahoo is a game linefish that is a challenge to catch, due to its speed. It is usually an incidental catch, and I’ve never seen it on a menu here before. It’s a type of mackerel that tastes nothing like mackerel. A white fleshed fish that is considered one of the best tasting in the sea, it would have been stupid not to order it. 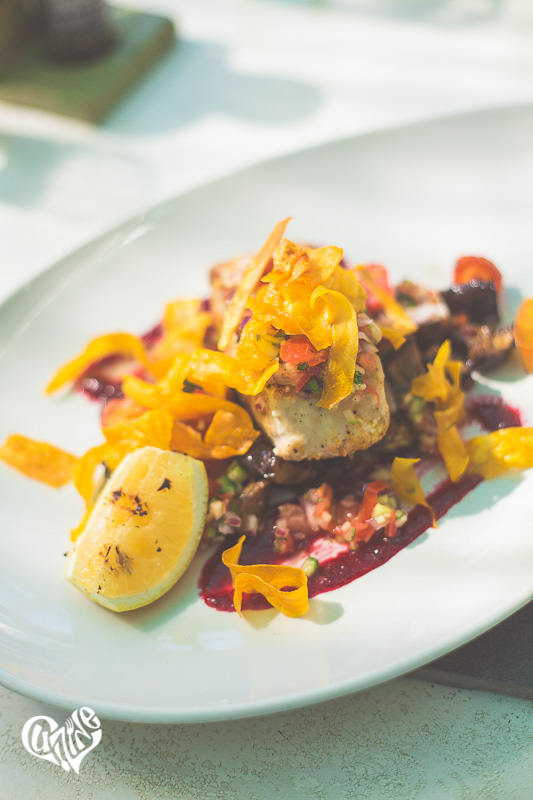 It arrived appropriately crowned with paper-thin slivers of deep fried orange sweet potato, topped with a bit of fresh relish and resting on roasted veg and a beetroot purée. It looked like a scrumptious gift that someone had undone the ribbons to already. It was a succulent fillet, the size of which belied the heaviness of the portion. The crunchy sweet potato, the purée and the caramelised lemon did well to cut through the richness. Yahoo for delicious wahoo! 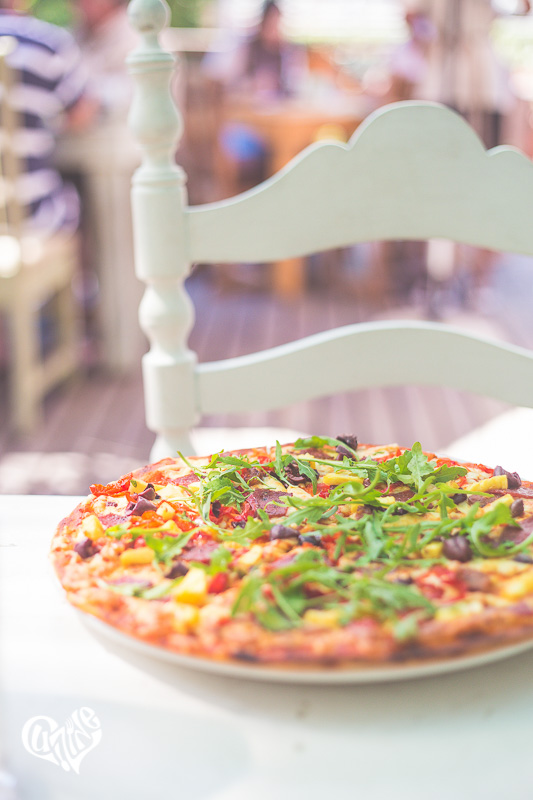 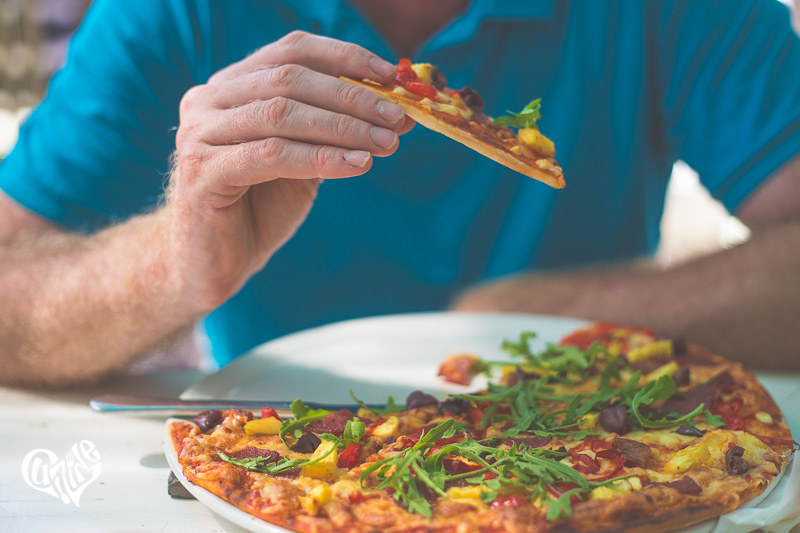 The pizzas ordered were the Spaniard, a combination of chorizo, olives, pineapples, wild rocket, peppadew and garlic. A rainbow on pizza crust. 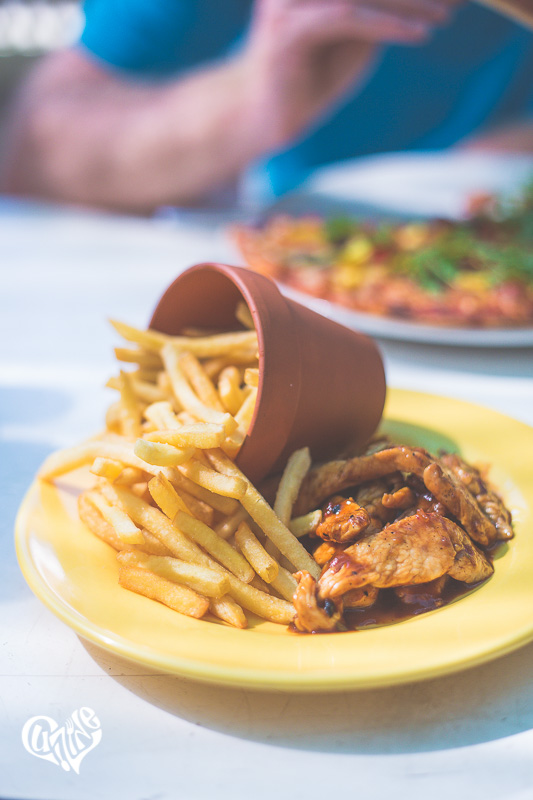 The sprogs at our table tucked into plates of chicken strips and chips. I liked the bright plates and the cute plating style. It’s pleasing to see effort invested in even the presentation of the kids meals.

For dessert we just had the whole pastry table, basically. I couldn’t decide what to try so threw weight-gaining caution to the wind and got takeaway boxes of the meringues, the s’mores cupcakes (of course), the carrot cake and the friend ordered the little lemon meringues. It meant we had just dessert for dinner and I’m still not sorry. 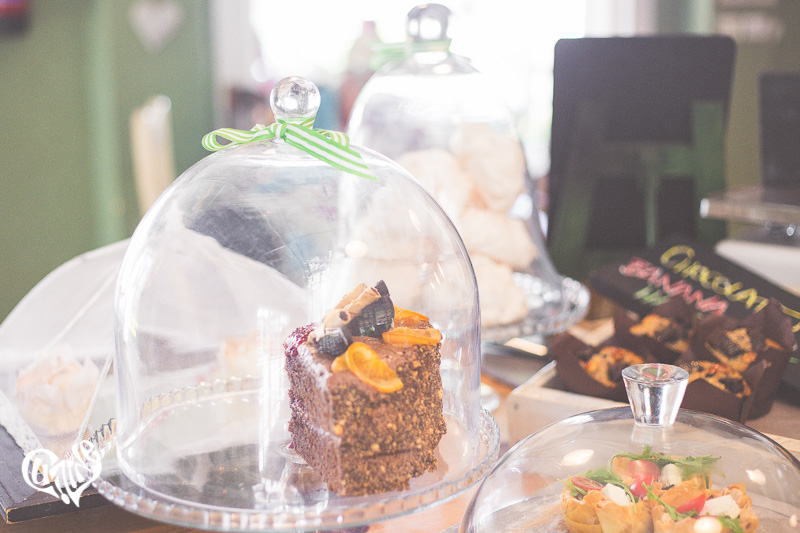 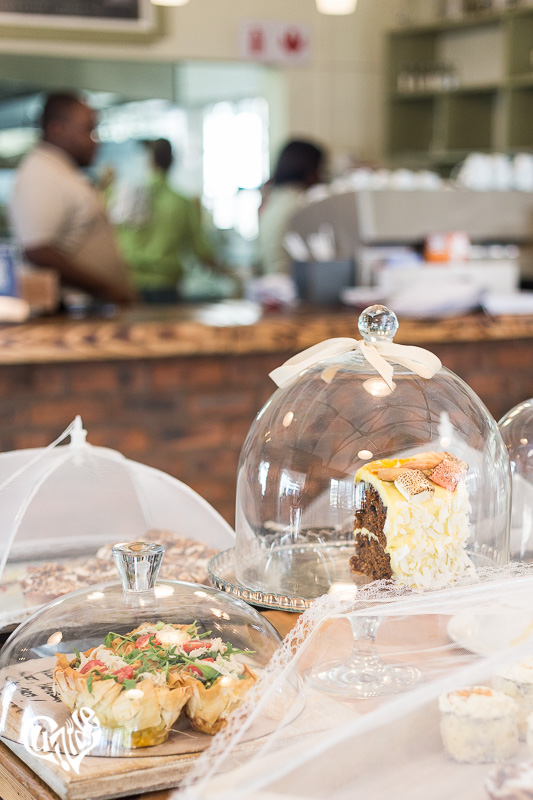 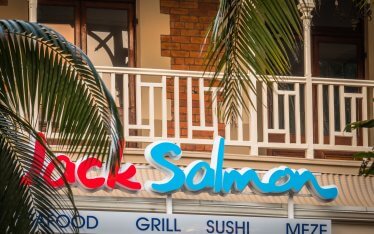 A vintage venue for a new Jack Salmon
One of Durban's favourite seafood and sushi spots has just opened its fourth (and possibly most beautiful) branch, in Florida Road. This much-loved local eatery has dropped anchor at a...
134 LikesLeave a comment

Valentine’s Specials 2018
The Durban Valentine's Day specials list is heeeere! Indulge to your romantic heart's content with the list below. There's something in there to suit any budget - from posh nosh...
192 LikesLeave a comment 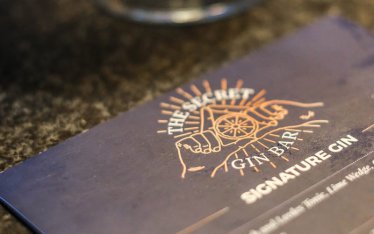 Durban’s Best Secret is Out!
A veritable tsunami of gins has drenched and quenched the thirsty shores of Durban, as the craft spirit rage has swept and sloshed its way throughout the nation's chilled glasses....
146 LikesLeave a comment
error: Content is protected !!