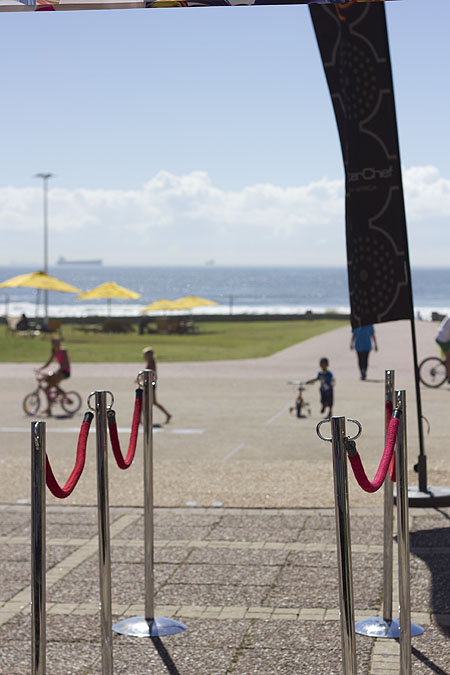 On Saturday morning, a crowd of very brave individuals (with the first exceptionally eager one who arrived at 4am), armed with cooler boxes and nervous smiles, made their way up to Suncoast Casino to present their cold dish masterpieces. Equally brave judges, selected from the South African Chef Association, sat awaiting these plates of glory, so that they could determine whether these entrants would go through to the next round or not. 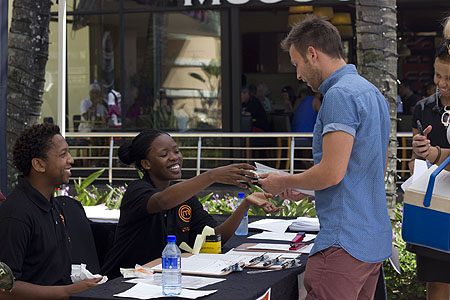 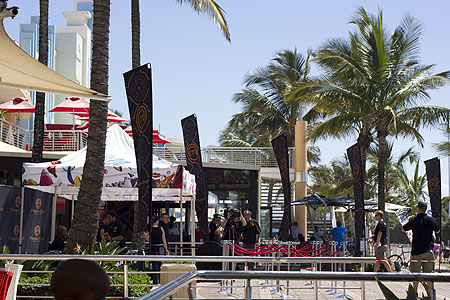 First, the hopeful entrants needed to approach the registration table at the beach entrance to the casino. There they would sign up and then get led inside and upstairs to wait either inside, if there was space, or outside the doors of a closed auditorium. 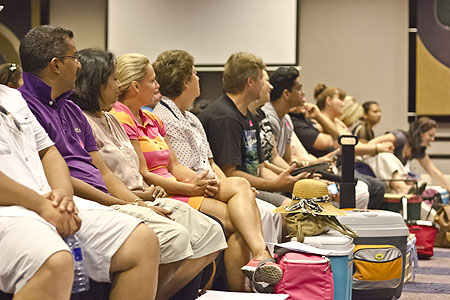 Entrants waiting their turn to plate their food 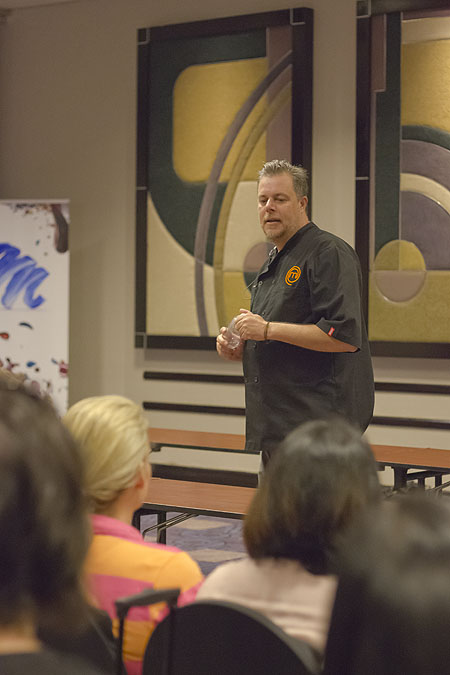 Chef Arnold Tanzer briefing some of the entrants.

Only once they were inside, a few at a time would get a turn to plate their food at the prep area in the front of the room. For health and safety purposes, the food had to be kept in cooler boxes up until that point . 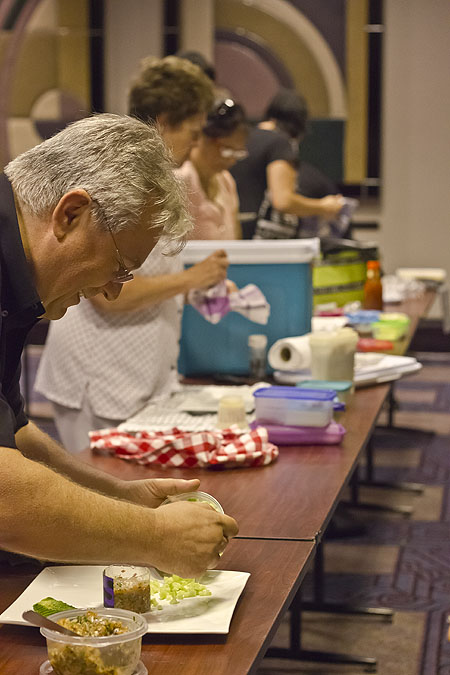 Entrants getting ready to plate their food. 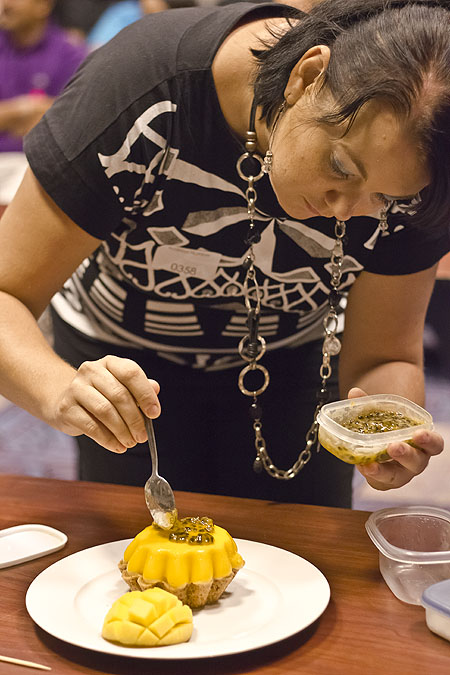 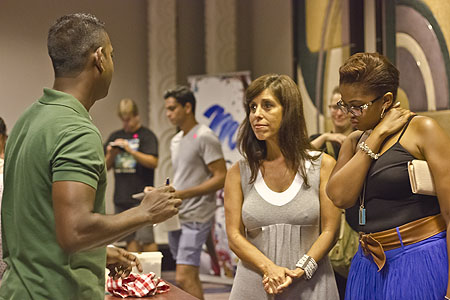 Previous Masterchef finalist, Joani Mitchell chatting to entrants as they plate their food. 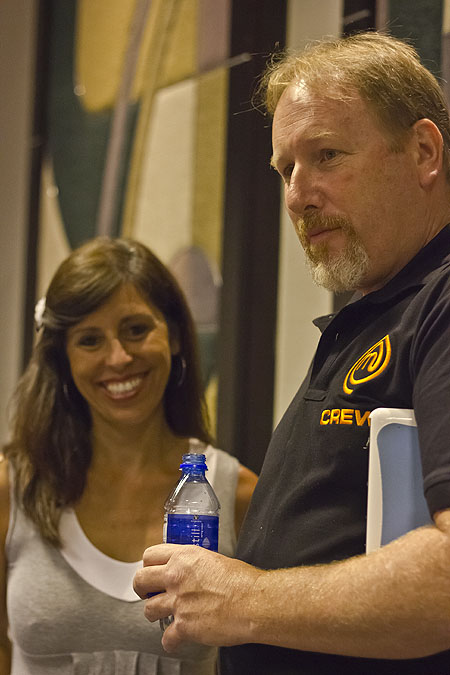 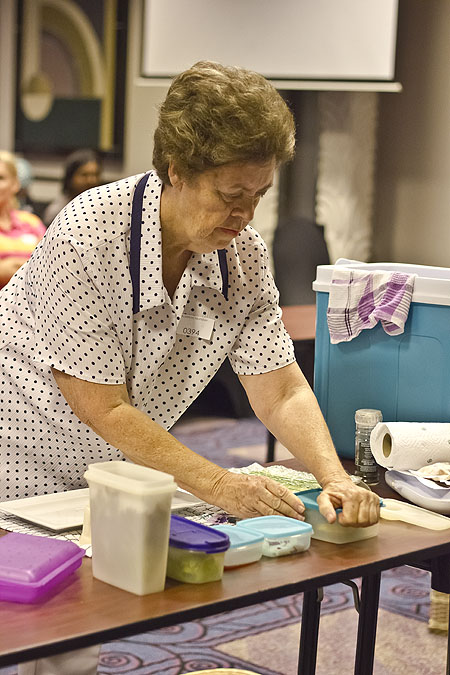 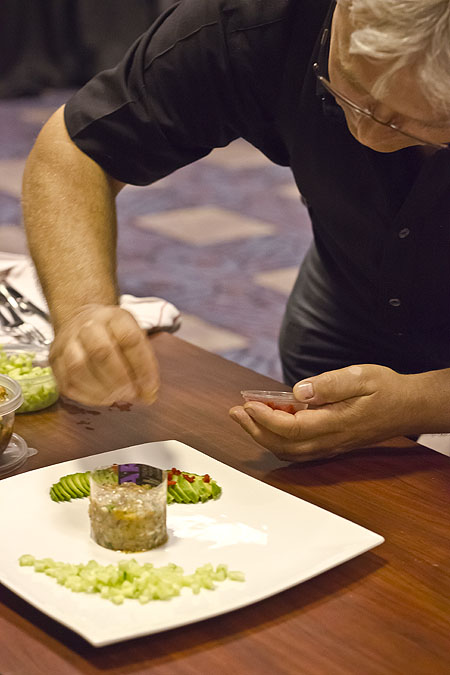 When their plate is ready, entrants are led into the second half of the auditorium, which is curtained off, to present their dish to the judges. Before they do, however, the dish is temperature-tested to ensure that it is not warm (and thus not festering with bacteria). This spares the judges from potential food poisoning. If it passes muster, the next stop for the dish is the camera. A quick few seconds of the dish is filmed and thereafter, it’s finally off to the judges. 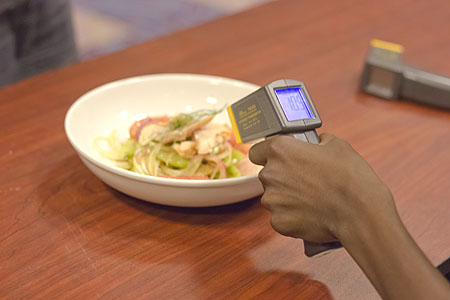 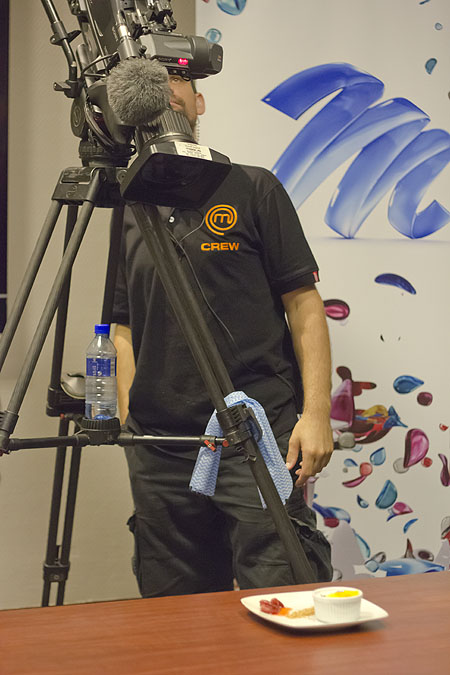 The judging section is separated into 8 tables, divided into two rows of four. The front two tables are for the temperature testing and camera setup. The rest are for the judges, with one chef at each table. Luckily, entrants only have to see one of the chef judges and not all of them. 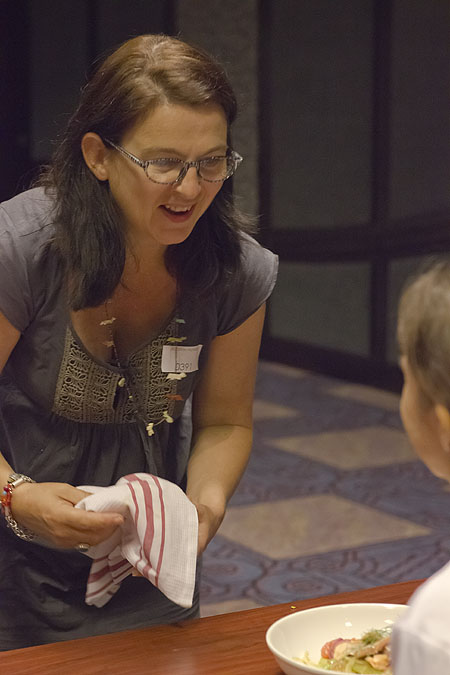 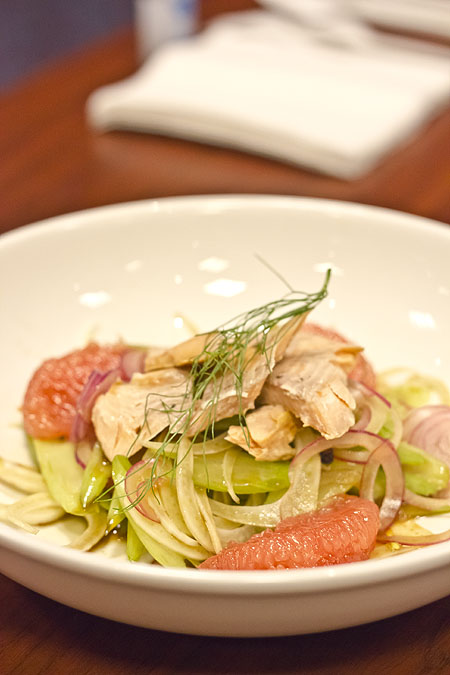 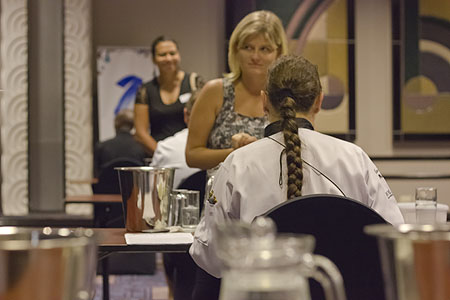 This was the point when I realised how brave these entrants are. The chefs are intimidating, so much so that I felt quite shy just taking photos of their section. They were seated at the tables, pens and wet wipes at the ready, wearing their starched uniforms and stern expressions. They are serious because the competition is serious, and they know their stuff. When presented with the dish, judges asked various questions about it, its preparation, the inspiration behind it and the individual’s motivation. As far as honest, constructive feedback goes, this is the place to get it. There’s no camera pointed at anyone’s face and no script, just people at the top of their industry examining your dish and technique. It’s really worth doing cold auditions just for this. Their comments are fair and valid. If the dish was deemed too easy, they would say so but also explain why they considered it so. Sometimes the dish may have lacked a little in some way, but the passion of the person presenting it would win the judge over. Other times, it worked in reverse:  the dish may have been competently executed but the person behind it exhibited no real emotional investment and there is little else motivating the judge to put them through. A tasty dish isn’t enough, as one of the judges explained to me. She advised that entrants need to deliver “..something that is challenging, (that) they have prepared well and shows they can cook.”; she also advised that you should, “know your recipe well. Coming with lettuce leaves on a plate and a grilled chicken breast…doesn’t say much about your cooking ability”. On observation, I also picked up that people really need to consider the flavours they work with. A prawn and strawberry dish did not harmonise on the palate for one judge and pushed the boat out too far. That’s not to say that people couldn’t be adventurous, as a savoury smoked fish cheesecake with ailoi was a huge hit and apparently tasted incredible. Seasoning was also critical. Over or under seasoned did not rate highly. 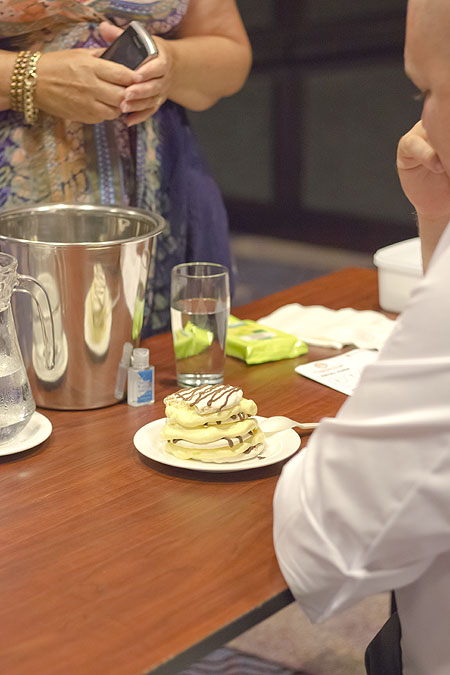 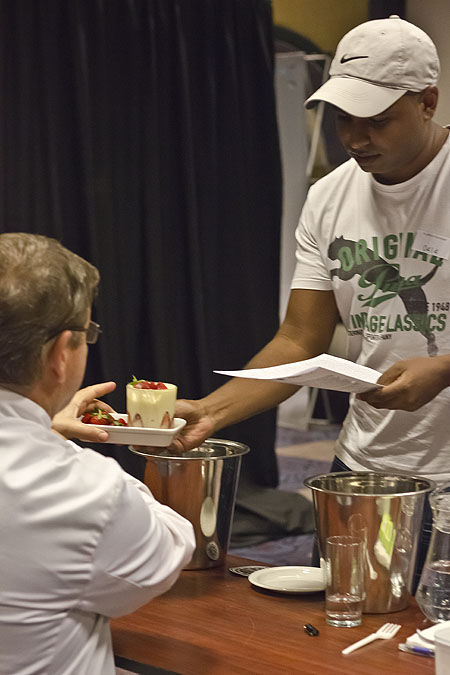 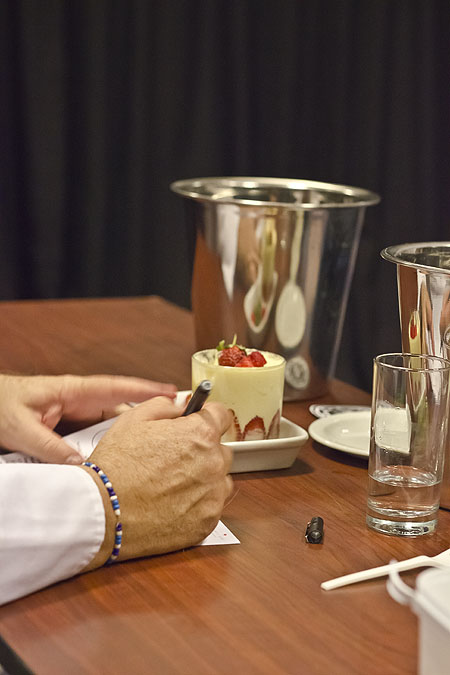 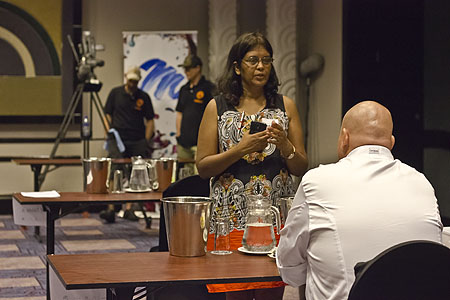 A lot of the dishes looked wonderful. Most people really gave it their best shot, even dressed up and groomed, as if they were attending a job interview (which may very well be the case). When I asked the judges, they admitted that there were a few dishes presented that they wished they could have the whole plate of. The people I spoke to behind the scenes were all impressed at the quality of the Durban entrants. The amount of entrants here is usually smaller than the other cities, but the quantity of successful individuals is higher by comparison.

There were also people who entered that should have gone to the beach instead. I saw one or two of the plates and inwardly cringed for all involved. This is why I mentioned the bravery of the judges earlier, as tasting those dishes took some courage. As did giving them a reasonable response. Apparently, some of the worst dishes presented have been instant supermarket meals, raw chicken and a few dishes that just tasted awful and weren’t prepared properly. 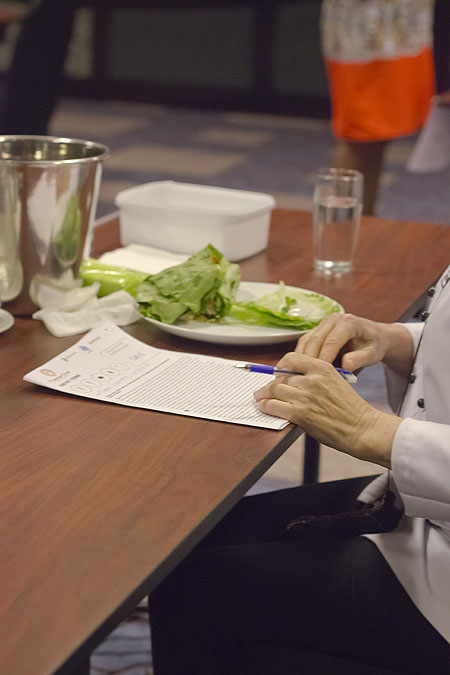 This wilted lettuce creature…I don’t even know what to call it. 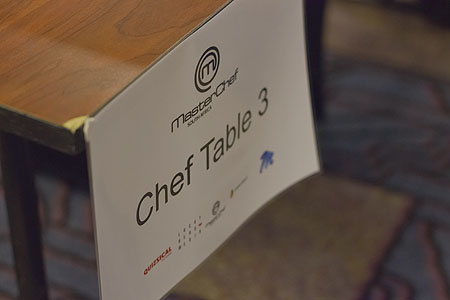 There were a few comebacks this year. The man who arrived at 4am, Ken, has been at all three auditions and usually makes it to the hot rounds, and did so again this year. Ken has contagious enthusiasm and inspiring determination. Contestant Ruan made it to the top 25 last year but was knocked out in the breakfast round. He returned again this year with a waffle ice cream (oh my) and made it through to the hot round. 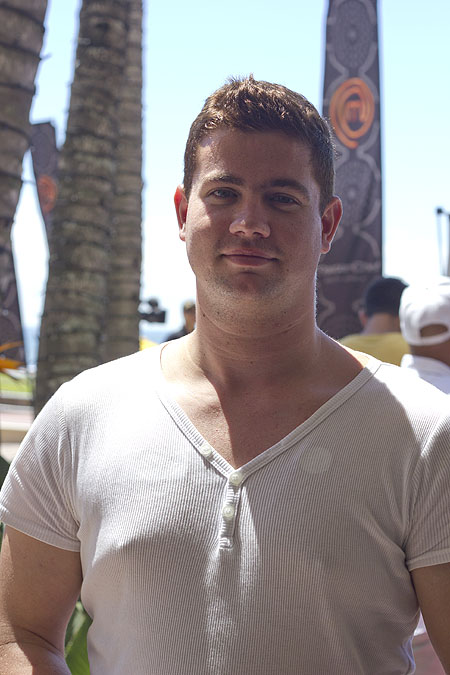 Ruan made it to top 25 last year and giving this year another shot.

These were the cold auditions. This week will be the hot auditions for the contestants who made it through to that round, hosted at the Unilever test kitchens. It seems that despite a few duds, a significant amount of entrants made it through to the hot round, having really impressed the judges, with one of them stating that, “There was a lot more potential with this year’s entrants.”

I look forward to watching the show and wish our Durbanites the best of luck. May the ingredients be ever in your flavour 😉

Have always wondered how they do the quality control and temperature. Thanks for sharing this. Very interesting.

It was amusing to watch the judges during a lunch break play with the temperature reader. They pointed at each other and the table and stuff. That is a cool toy.

I so enjoyed reading this post Shirley. It is rather fascinating to me the whole process of selection. I would agree that putting yourself out there to be judged requires a significant amount of courage. Somehow as viewers we fancy ourselves as the fourth judge and lose sight of this bravery which is rather beautifully reflected in your stills.

Thanks so much Sam! I forgot to mention in the post just how nervous and earnest the entrants were. It must be so tough being a judge, seeing someone try really hard and not meet the criteria. I didn’t envy either party!

Very interesting to see all the behind the scenes stuff. Now I know I’d never be brave enough to audition!

The cold auditions don’t terrify me as much as the hot ones! At least with cold, you make all your food at home and just plate it. With hot you have to cook on site. Eek! But I guess you’d have to cook on camera if you get through, so there is that! 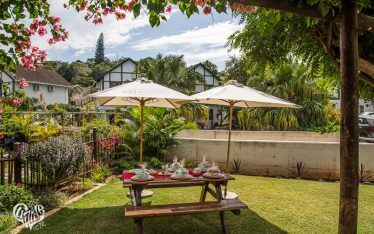 Mothers Day Bloggers Lunch
The sweet Megan Deane of Stuffed Feeling bravely rallied against the tide of apathy (ok, mostly mine, and its more laziness than apathy) and decided to chorale a bunch of...
71 Likes3 Comment(s) 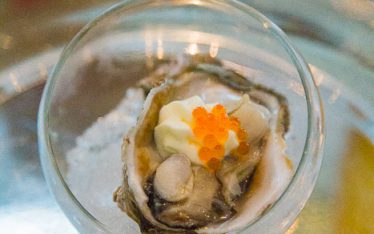 KZN Food Heroes
The Oyster Box kicked off this initiative last year, serving to showcase some of the province's best current and up and coming suppliers. This is the exact thing that KZN...
76 LikesLeave a comment 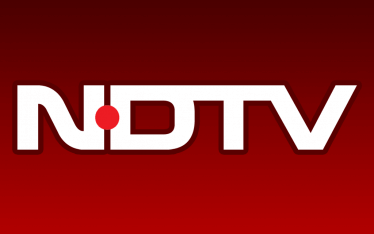 NDTV serves up Durban food episode
A short while back we were involved with the behind-the-scenes of the filming of an episode for Will Travel For Food, a popular travel program for India's NDTV network. Well,...
49 LikesLeave a comment
error: Content is protected !!