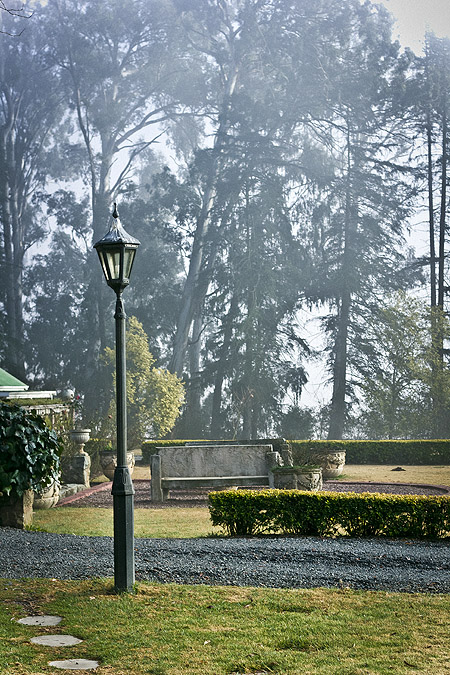 Last weekend, the long suffering significant other and I had the opportunity to visit and stay overnight at what I can only describe as one of the most magical places in KZN. Hartford House is in Mooi River, next door to it’s own stud farm. It was our anniversary weekend and by some small miracle, there was accommodation available. Previously, I’d heard a lot about the place but what had made it prominent in my mind as a foodie was the restaurant’s accolades, due to Executive Chef, Jackie Cameron, and her talented team. The restaurant had been recognised as one of the top ten best in South Africa in last year’s Eat Out awards. So for me, it was primarily a food adventure. Until we got there. 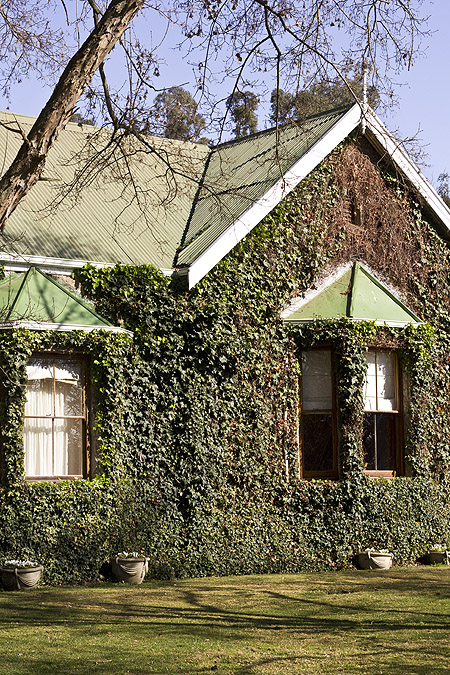 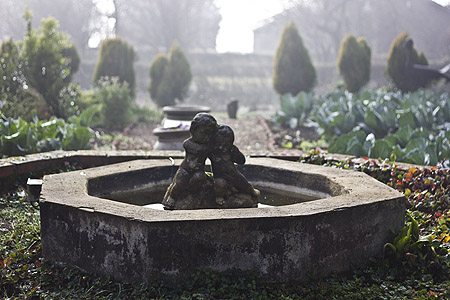 It’s beautiful. Thick, lush greenery. Heavy boughs on groaning trees burdened with vines and fluttering birds. A subtle soundtrack of nickering horses and stomping hooves in the very near distance. A smell of grass, hay, earth and smokey thatch that is synonymous with dry winter holidays in northern KZN. We loved it. We lamented that we couldn’t bring our dogs as they would have loved it too! So many places to dig, wild rabbits to terrorise and plants to destroy. No pile of horse poop would have been left unrolled in, no bird gone unchased.
Ah, the fun they could have had. 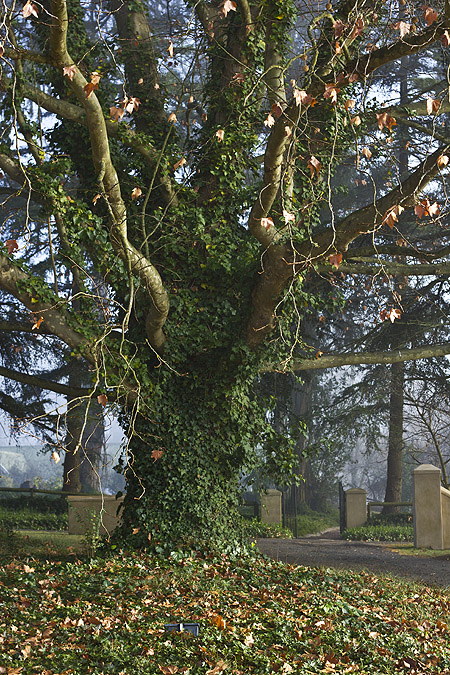 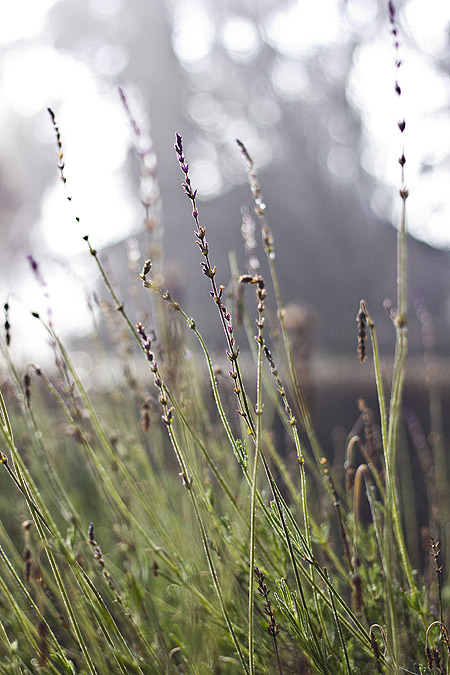 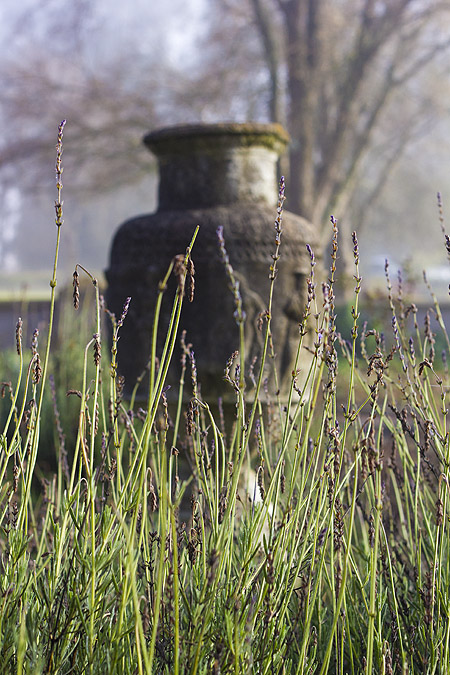 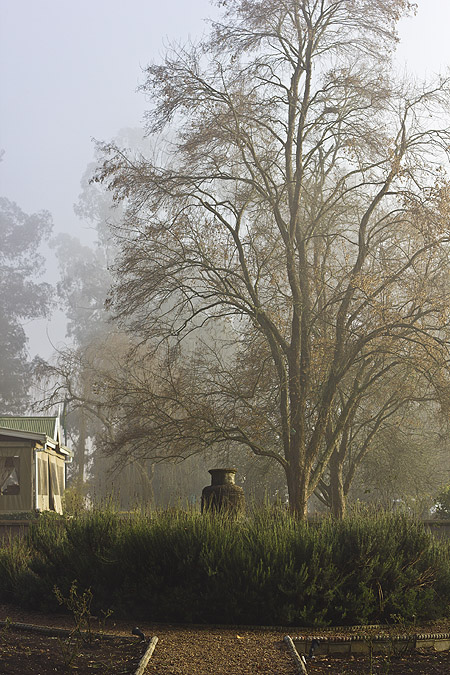 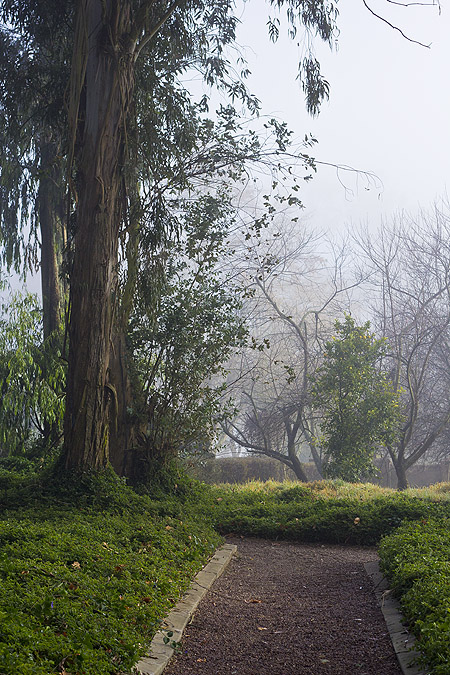 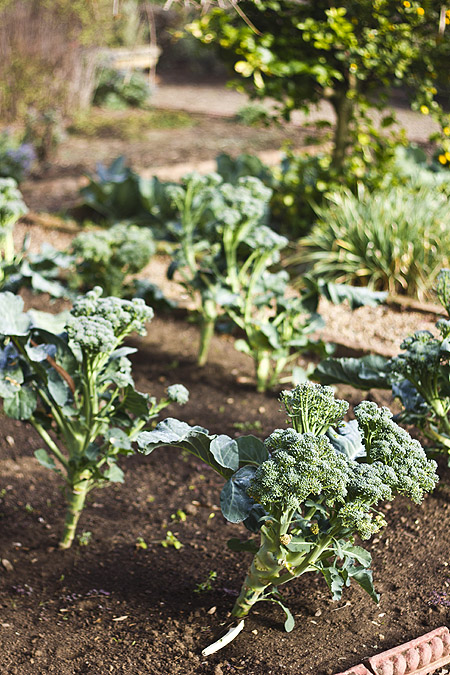 The grounds are beautiful in a magical fairytale kind of way. Weathered stone cherubs hold fort in lazily trickling fountains, little pathways lead through vegetable patches and clumps of swaying lavender, and you actually expect to trip on a fairy. Or maybe the fairies are too overweight to fly and have had to go to gym because the food is just so decadent and glorious. Although, I suspect, they are actually the ones working their magic in the kitchen. 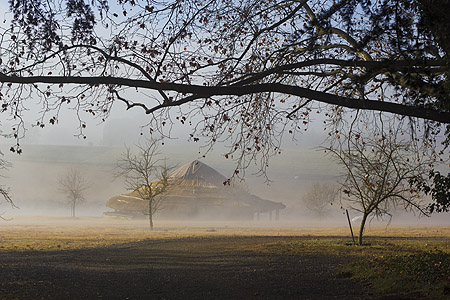 We stayed in a little cottage that would not have been out of place in Westeros. An unassuming stone building on the outside opened up into a “room” not much smaller than the full size of our house, and would have had the approval of Danaerys Targaryen herself, no doubt. Heated stone floors, a large lounge with a fireplace, an entrance hall, an unWesterosi bar fridge with reasonably-priced drinks (I was quite surprised at the prices, actually) hidden in an antique oriental cupboard and my favourite: a free-standing enormous oval bath with 180° views of the lake. It is, however, booby-trapped with a misleading gorgeous, but very low-hanging chandelier. It hypnotises you with its beauty and you forget its relative distance to your head and end up with mild concussion. Or it may just be me.

We were supplied with food and drink loot in the room to tide us over until, well, in between feasting, I suppose. A complimentary assortment of various types of teas, plunger or instant coffee, hot chocolate, home made biscotti and port wine. 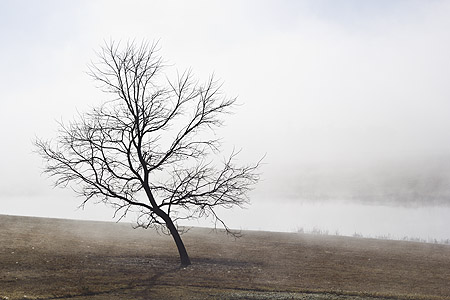 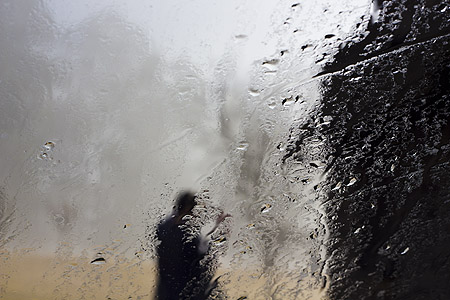 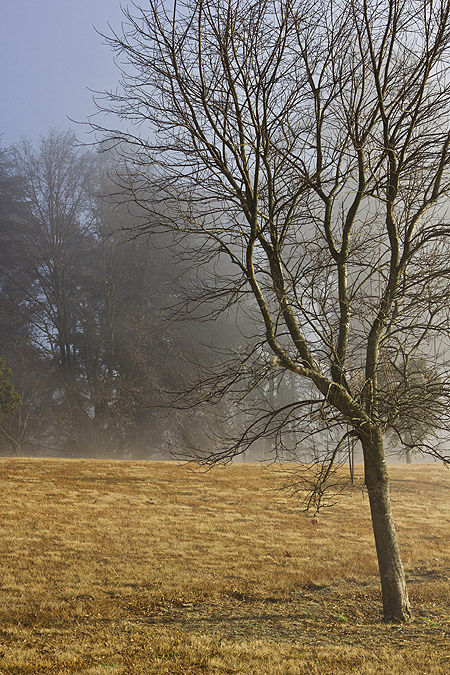 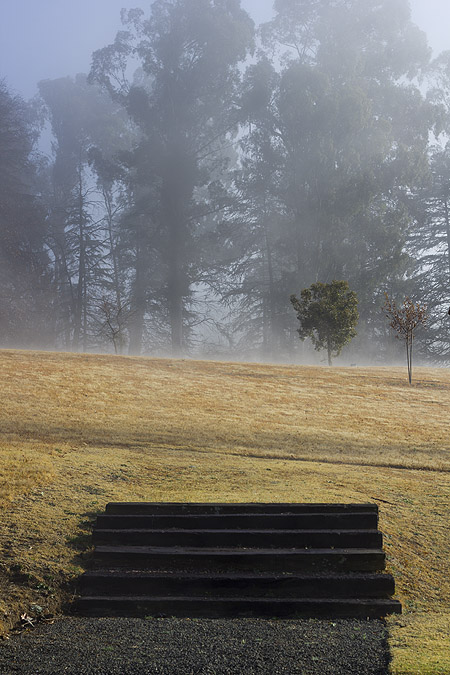 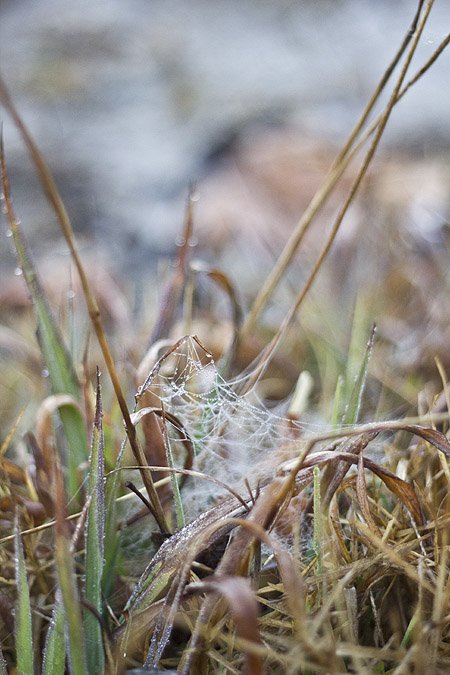 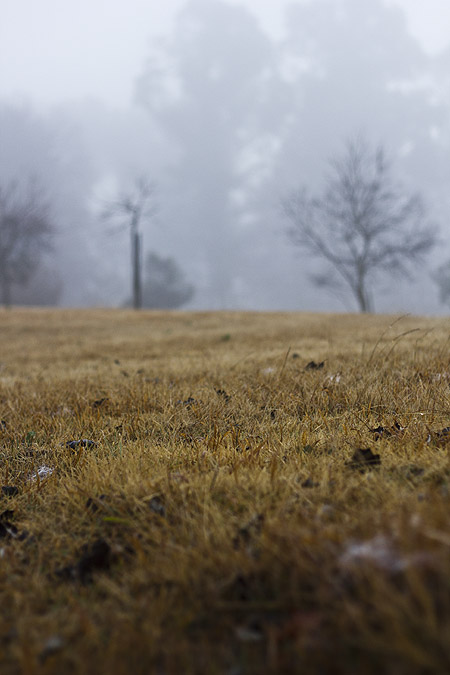 A blanket of mist enveloped everything in the morning and it made it all quiet and opaque. I crept around trying to take photos of spiderwebs and sunk into the banks of the lake, not realising that I had trudged into the reeds. It was worth it. 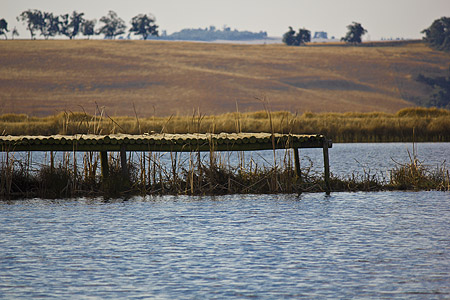 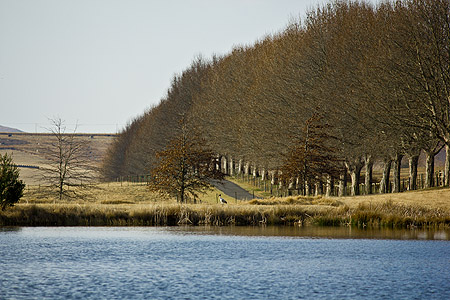 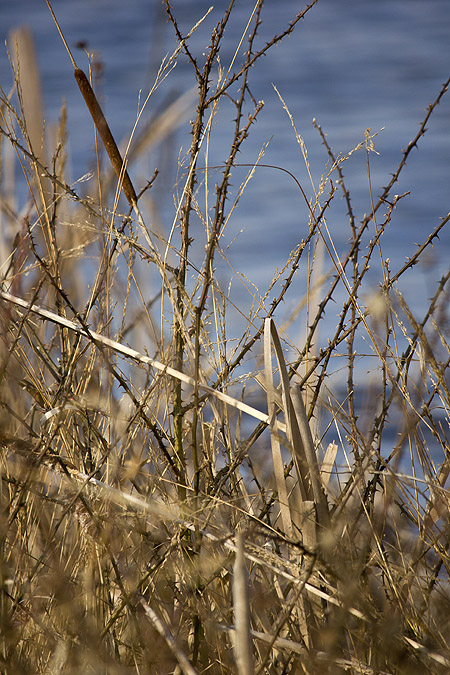 Entering the main building of Hartford is like being transported to a colonial-style Downton Abbey. Ornate chandeliers,  lush drapery and decor reminiscent of the Crawley’s summer house. You have drinks by the fireplace before dinner, seated on sofas and chatting with other guests.

If the building isn’t charming enough for you, the staff are wonderful. Every guest is spoken to and treated as if they are close friends, staying for a visit. I was made to feel like Kate Middy would if she happened to drop by. I couldn’t get over that.

We only had the opportunity to stay at Hartford for one night (one of my biggest regrets!) and it was such a magical experience that I felt that I couldn’t do it justice with just one post. The setting proved as magnificent as the food and deserved its own write-up. Drop by later this week for the food post, it’s definitely worth a glance-over 😉

Such beautiful pics 🙂
Ryans sister is getting married there in March… can’t wait!

What a lovely post. Kate Middy LOL! Your pics are lovely and I’m definitely tempted to take a trip up to KZN now so I can have a look for myself xx

It is SUCH a beautiful place the pics do it justice! Definatly worth a visit! The food is devine too!

Amaze-balls. I’ve always heard about Hartford House but never been there. We need to change that – especially after all these vey tempting pictures. Can’t wait for the food post – sampled a delicious oxtail risotto from Hartford House at the TASTE Durban Festival…also amaze-balls 🙂

Thanks so much for taking the time to comment. I wish I could go back there right now. Sigh! 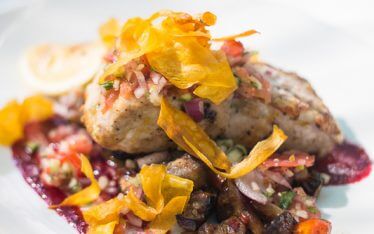 Blooming Good Food at Blackwood Nursery’s Sagewood Café
Something interesting has been happening in the food scene in KZN. It is a generally accepted and acknowledged fact that often the best restaurants in and around Durban, for instance,...
129 LikesLeave a comment 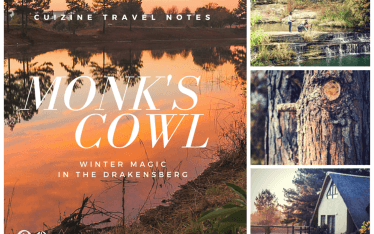 Monk’s Cowl Magic
There's little to compare to when it comes to watching a sunrise or sunset on a wintery day in KZN's Drakensberg. Although it may seem like winter is wrapping up...
49 LikesLeave a comment 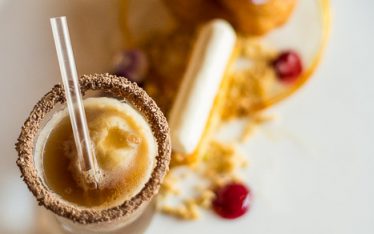 Brewtiful feasting at Granny Mouse
It's late autumn here in Durban. Which means, that for the most part, temperatures have dropped to an unbearably cold 23°C and some of us have had to find shirts...
99 LikesLeave a comment
error: Content is protected !!